During the past month out here at the Alturas BLM field office I have had the opportunity to travel quite a bit. My field partner Jaycee and I headed up to Lava Beds National Monument in early June for a work week. We stayed at the research station there because it is much closer to some BLM land near the Oregon border, and we were able to save several hours of driving each day. We were also able to participate with some Park Service projects. This included attending a plant phenology and climate change class. Some folks out of UC Santa Barbara have set up a plant phenology monitoring network for California and they want the National Park Service to get on board. This mainly involves training citizen scientists to go out and make observations about plants throughout the year. The date of major phonological stages such as bud break, flowering, and fruit maturation are recorded on a website. This data is taken from a wide geographic range, the goal being to determine if these phenological stages are occurring sooner due to changing climate. We were also able help out with some fire effects monitoring with NPS employees. We ran transects in an area where they had done a prescribed burn nine years previously. In a five by thirty meter area we found thirty two species of plants, which seems like pretty good evidence that fire is necessary for biodiversity. After that we climbed Mount Dome, a very steep cinder cone, in search of a rare species of rice grass. We thought we found it, but later learned we were mistaken, proving that the desire to find what we are looking for often clouds our better judgment. Or maybe we were distracted by the view and falcons circling us.

The next week was the workshop at the Chicago Botanic Garden. This was a whirlwind of long days of learning about myriad topics related to what we are doing. It was great to get a better picture of what the Conservation and Land Management program is all about, as well as to meet interns who are working all around the country. I guess I’m not the only one sticking out like a sore thumb in some remote Western cowboy town that nobody has ever heard of.

Lately we started collecting our first seed. We successfully collected seeds of two species of grass. We had also previously identified a phlox and a lily as good targets due to their abundance, but the phlox had already set seed and the lily seemed to have been scorched off the face of the planet since the weather heated up. This goes to show that seed collection requires vigilant observation, or else the seeding window can be missed. This was, to be honest, somewhat of a relief. Spring was nothing but excitement as we tromped around, making note of all the pretty flowers that would be cool to collect later. It didn’t even occur to us how immense a task collecting 10,000 phlox seeds would be, given that each phlox flower only produces one seed, a proper collection only takes 20% of the available seed of a population, and phlox can be painfully spiny.

Speaking of phlox, we also went to the Modoc Gulch to survey for a rare species, Phlox muscoides. We looked both in areas where juniper cuts are going to take place, and in areas where it was previously found and pretty much didn’t find it in either. It was good that we didn’t find any of this phlox in the juniper cut areas, as this means it won’t be disturbed. As for the sites where it is already known to occur, it was frustrating to drive several hours to and from these sites and not even find it. However, today I was able to do a little detective work which helped me feel significantly less useless. I filled out data forms for what we had found, or not found, for the California Natural Diversity Database (run by California Department of Fish and Game). I found the phlox entry that we had looked for, and learned that the last time it was documented was probably at least fifteen years ago. In that light it is not surprising at all that we didn’t find it, as the juniper and mountain mahogany trees have no doubt grown and shaded out many plants in that amount of time. Other factors could be at play here, such as overgrazing by wild horses (there is ample evidence of them at Modoc Gulch). I realized that it is monitoring like this that is necessary to determine changes in biodiversity, as well as the efficacy of actions that the BLM takes, such as juniper and wild horse removal. How will the ecosystem change after they are removed? Are we unnecessarily altering a natural ebb and flow of plant communities, or are we improving biodiversity? 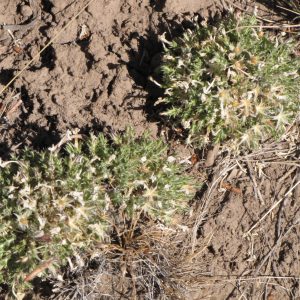 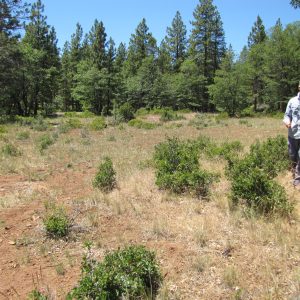 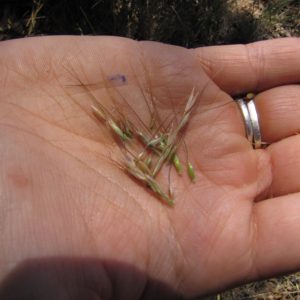