My journey out west to Wyoming from Florida happened in lightning speed. I graduated from the University of Florida along with my sister and boyfriend on May 5th.  A day later the car was packed and we hit the road. We meandered our way through Kentucky, meeting some friends; then Chicago; Des Moines, IA; Rapid City, SD; and stopped in Buffalo, WY (the location of my internship); and finally made our way to the Grand Tetons and Yellowstone before returning to start work the following Monday. In 6 days I had already seen so much, and work hadn’t even begun. The huge amount of wildlife that is supported out west by mother earth is one of the first things that left me in awe. I saw several elk, deer, moose, bighorn sheep, prairie dogs, and bison for the first time. It was also refreshing to experience the open space and the cool fresh air that much of the eastern U.S. now lacks. It was the first time I had risked running out of gas while keeping my eyes out constantly for cities, often driving for hours in the “middle of nowhere.”
The first two weeks of work after safely arriving here, have been full and never boring. The BLM BFO is employed by some of the nicest and most helpful people ever. Nick, another S.O.S intern and I were introduced to the land, the rules, the nuisances, and the S.O.S program within the first week. We all discussed how the S.O.S program is considered to be, by pretty much everyone, an important program, and no one can really find a negative aspect to it. I spent the past few weeks happily scouting for important plant species that will aid in preserving the diversity that is found in the U.S. in this snapshot of time, and that will also lend the resources needed to rehabilitate land after being burned in a forest fire, or disrupted by the oil and gas industry here in Wyoming.
I look forward to future work, where walking amongst this beautiful scenery to enter GPS coordinates and ID plants is “work” and where “sage grouse,” “littleleaf pussytoes,” “cattle fences,” and “pronghorns” are now part of my everyday conversations.

*Below are some snapshots of today’s work. A moose sow and her baby are in the darker picture. 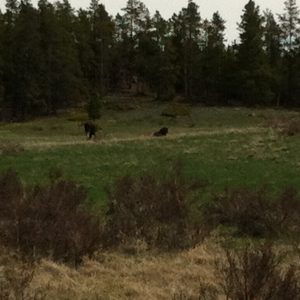 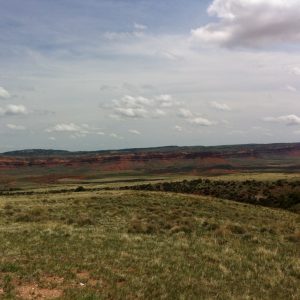 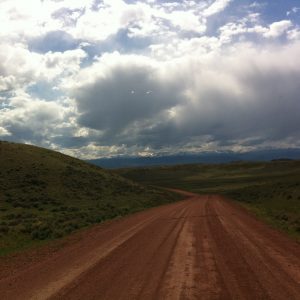