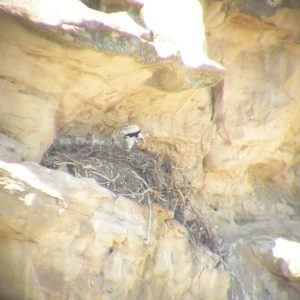 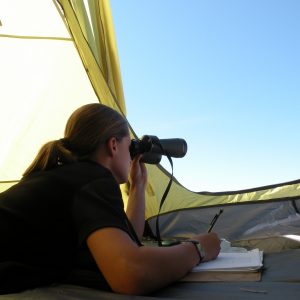 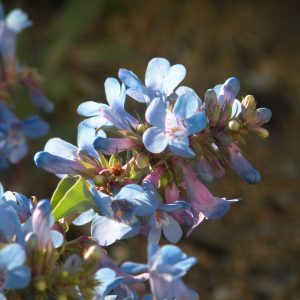 I can’t believe I’ve never been to this state before. The scenery is spectacular– it’s staggering to even imagine how long geology has been at work in this place. I love being able to see mountains everywhere I go, even though most of my work is in sagebrush steppe country.

I arrived in Cody on May 11, 2011, and began my internship on May 12th. I confess to one or two days of homesickness at first, but thanks to a nice temporary home and a great work environment I am now quite comfortable here in Cody, and at the BLM (Bureau of Land Management). So far my work activities have included monitoring golden eagle nests, mending and respacing wire on fences, vegetation surveys, monitoring sage grouse leks, assisting in a hike with the public for National Trails Day, and planting native shrubs in an area previously cleared of an invasive species. Soon I will also be collecting seed for the Seeds of Success program, monitoring other raptor (birds of prey) nests, and surveying other wildlife species such as rabbits and amphibians. For now, my primary responsibility is to monitor golden eagle nests. The chicks are currently around 5 weeks old, and it’s amazing how fast they grow and change. I wouldn’t have guessed they would start out as little fluffy white fellers, but they do. At this age, they are starting to get black markings on their wings and bodies, which will eventually fill in until they are pretty much all dark brown.

Overall, I’ve had a great experience so far, and learned more than I can say or remember. It’s a very refreshing change after graduating from college to be learning in such a hands-on, practical way. There really is no replacement for an education in the field. That being said, field work does have its drawbacks and setbacks. It has been unusually rainy in Cody this year, which delayed many field activities. Most of the roads we take to get to our field sites are dirt roads or two-tracks, which have been largely inaccessible due to the rain. It’s unfortunate since this is a very important time of year for things like bird surveys and monitoring, but the rain also has some benefits. An unprecedented number of mushrooms have been popping up, and (in theory) it should be a good time to look for amphibians. In the end, you do the best you can under whatever conditions arise.