The past three weeks in and around Buffalo, WY have been insane. My friend ironically just sent me a picture that has a word describing every state in the US and Wyoming’s word(s) were “Not Real.” Sometimes I do feel like I’m living in a strange/fantasy land here. Let me elaborate.

The weather for one is completely unpredictable. After my first week of it being in the high 70’s, it snowed.  Three weeks ago there were wind gusts of 60-90mph (imagine trying to record data in that, I was on my hands and knees). And then this week the sun is blazing hot and I wish for any wind at all. It is an adventure, though, to experience the land in all these conditions and I can’t help but to laugh sometimes, especially when I was on my hands and knees looking for scarlet globemallow.

Last week I was lucky enough to have the opportunity to assist our recreation manager, Alison, with a summer camp she runs in partnership with Upton, which has been dubbed the “best place on earth.” The camp took place at the Summit Ridge firetower, on top of which you could see the clear state line between Wyoming and South Dakota and the evidence of the many fires that have spread through the Black Hills. Alison had something awesome planned everyday for the middle schoolers/high schoolers, by reaching out to experts in different fields. The first day we got to tour Whoopup canyon’s rock art (12,000 years old) with an archaeologist from Newcastle (who’s office is the women’s bathroom, no joke). Then, we went to the Triceratops dig in Newcastle. A bone poacher stumbled upon three triceratops’ skeletons in the middle of a ranch, in the middle of nowhere. This middle of nowhere used to be a sea, and these dinosaurs are thought to have been struck by lightning and then buried in silt after a flood. A private paleontologist group took over the dig after the bone poacher came to the rancher asking for permission and the rancher realized what value the bones had. We got to see a tooth and the eye socket/crown of a triceratops, as well as a lot more unidentified bones. I don’t think the kids thought it was as cool as Alison and I, as we thought this was the raddest thing we’ve seen in a long time. The rest of the week brought edible plant hikes, meeting firemen, doing forestry sampling and tree cores, a glowstick night hike where I taught the kids Poi, setting up trail cameras, bat monitoring, and aquatic sampling (where I saw the most deadly plant in North America, water hemlock). I learned a lot and I’m sure the kids did too. It didn’t feel like I was working at all.

This week the lovely and entertaining CLM range interns, Sean and Dan, and I paired up to knock out range assessments and seed scouting/collecting. We got to see some really beautiful ranches, meet some friendly ranchers and cows, and found several gems of seed collecting sites. As of this week, Nick (who is currently at Alison’s camp) and I have completed 7 collections!

In my down time, I run, bike the clear creek trail, swim at the creek fed public pool that sells cotton candy and hot dogs, and fish for trout (although since I haven’t learned how to fly fish, they don’t want anything to do with my worms and lures as the flies and moths are out in numbers). I also go to the occidental hotel to listen to Bluegrass and stop by the brewery with my co-workers (practically the whole office) to have a beer.

Although I’m a long way from home, I feel grateful everyday to live in this beautiful and never boring place. The other interns and my coworkers are hard to beat too. I love you guys! 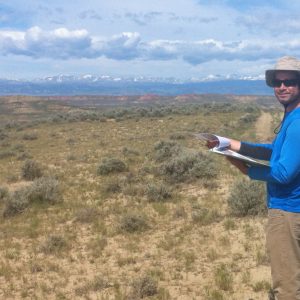 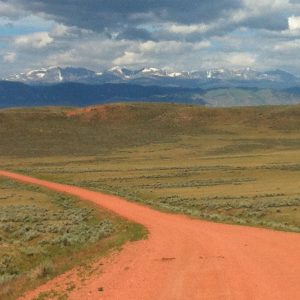 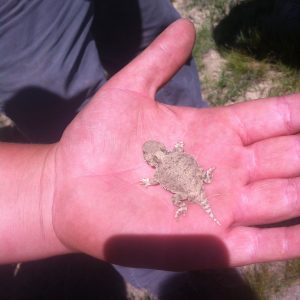 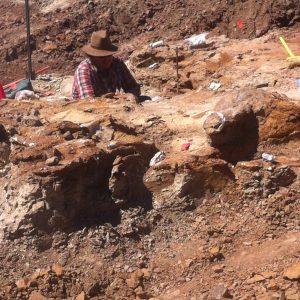