A brief post this month. As we begin a new year, I decided to create a map of where I’ve been in the last one. Well, OK, I also included a few places I’ve visited so far this year; close enough. So, here it is: 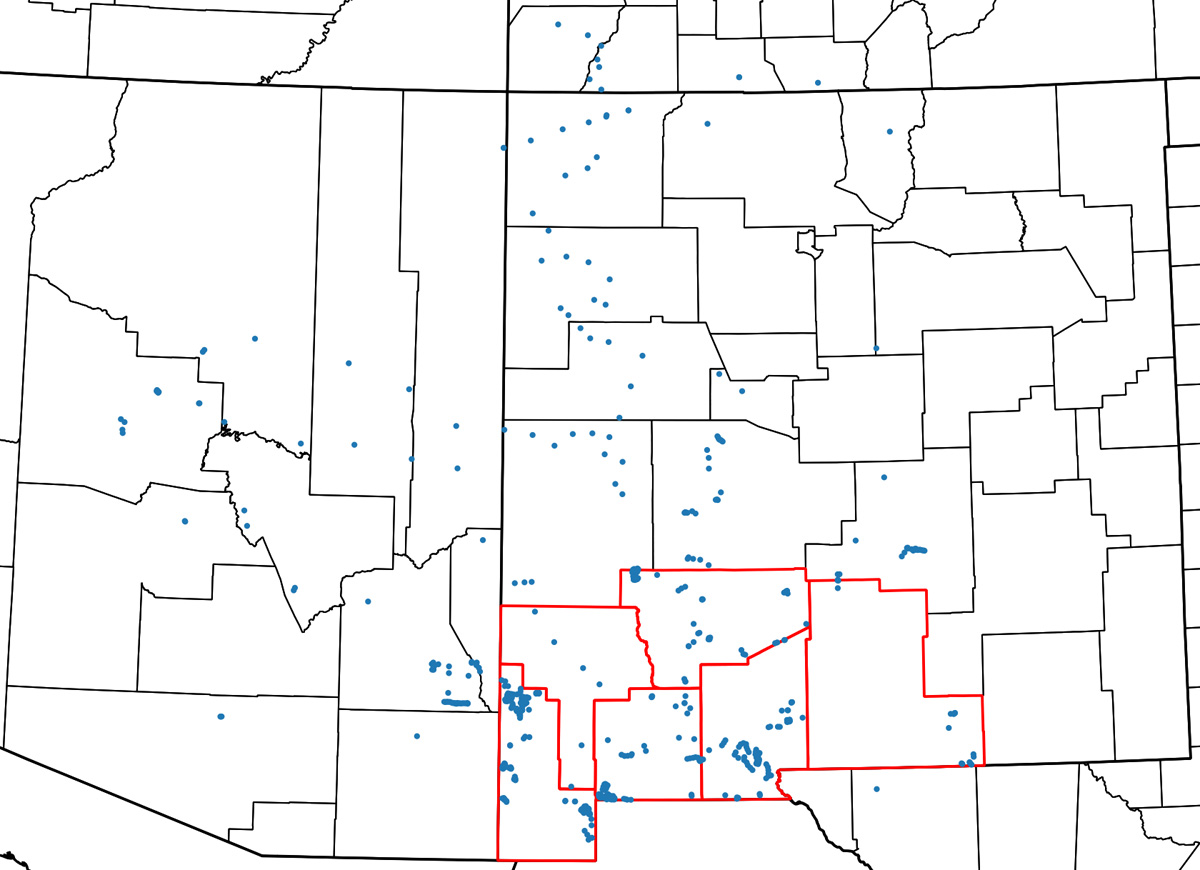 I’ve highlighted the counties of the Las Cruces District Office in red. Each of those blue dots is a place where I’ve taken a picture and recorded what plants were there. About half of those dots are places I visited as part of my CLM internship, the other half are mostly recreational botanizing with a few trips that were part of my old job, before I started my internship, thrown in. I am steadily moving towards my goal of having been just about everywhere in southwestern New Mexico, but it’s a big place and I don’t think I’m going to run out of destinations any time soon. I’ve been here a decade and have still only visited 174 of the LCDO’s 608 grazing allotments, for instance. One of the things I’m really enjoying about working with the BLM is that it gives me a good excuse to go to a lot of places most botanists would never bother with. For instance, wandering around in mesquite shrubland for a few weeks is not very high on the priority list for most botanists, but I enjoy it and now I have more reason to do it. Looking at this map, I’m also remembering that I need to put more labels and legends on maps. Perhaps some people don’t immediately recognize, say, the outline of Otero County. Oh well.

In the coming year, I think I’ll start posting about plant communities and interpretation of aerial imagery. Examining aerial imagery and trying to figure out what you’re looking at is one of the most enjoyable mental puzzles out there, in my opinion, and also on my list of “fun things I get to do more often with the BLM”. Admittedly, I already spent what most would probably consider an unfathomable amount of time staring at maps!