Hey everybody!  It is crazy to think that the summer is almost over.  It seems like it has just started.  For me, it will be even crazier not going back to school in the fall.  I just graduated in May, and with summer winding down I have that “back-to-school” feeling in my gut.  I have never had a full time job that lasted this long either, so it feels like I should be starting something new.  But no, I’m only half done with my internship!  And fall is the busiest time for a seed collector.  Late July was a lull, but things have been gradually picking up speed and September through November will be hectic, but fun!

The summer has been hot and humid with very little rain. The temperatures have been well into the 90s and there was even a week were it was in the 100s for a few days.  I’m sure all of you out west have to deal with similar or even hotter temperatures, but I wasn’t expecting this on the east coast!  The high humidity has added to the discomfort.  The high heat and little rain have been hard on fruit production, mostly on fleshy fruits.  Ridge top habitats are the worst- everything is dried up and dead.  However, the Prunus serotina or black cherry is doing exceptionally well this year.  We have also made good collections of Sambucus canadensis, Gaylussacia frondosa, andVaccinium corymbosum, or dangle-berry and high-bush blueberry respectively.  Some other collections includePolygonatum pubescens, Morella pensylvanica, Deschampsia flexuosa, Gaylussacia baccata, and Carex comosa, to name a few.

Since I am stationed at the Greenbelt Native Plant Center, an actual nursery, I get to experience the process of preparing seeds for storage in the seed bank.  The nursery cleans its own collections and has short-term seed storage facilities as well.  I have been cleaning a lot of fleshy fruit lately.  We collect fleshy fruit into plastic bags and then store the collections in a refrigerator for a couple weeks to “after-ripen” which softens the fruit and makes the cleaning process easier.  The tool of the trade for cleaning fleshy fruit is…a blender!  We tape the blades of the blender so the fruit is mashed, which inhibits the possibility of seeds getting cut.  We simply blend up the fruit with some water until the seeds are loosened from the flesh.  Then we pour the mush into a large bowl, and add more water.  After gently stirring the mixture, the good heavy seeds sink to the bottom, while everything else floats or is suspended in the water.  The bowl is tipped and the fruit particles are slowly poured off, leaving the good seeds settled at the bottom.  These seeds are then spread out in trays to dry in the “Seed Lab” and then stored until winter, when they are put through another cleaning.

I am one of the few interns not headquartered at a BLM office.  Like I said, I am stationed at the Greenbelt Native Plant Center on Staten Island, but the US Botanic Gardens and Botanic Gardens Conservation International play the crucial role of funding which makes this internship possible. 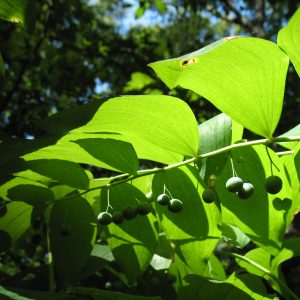 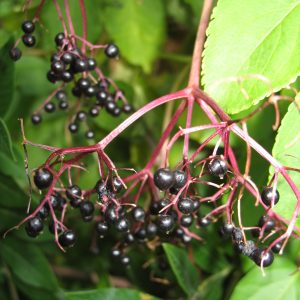 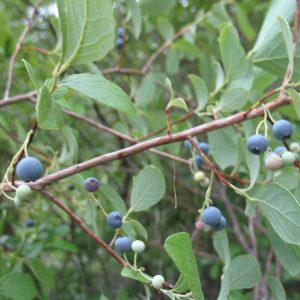 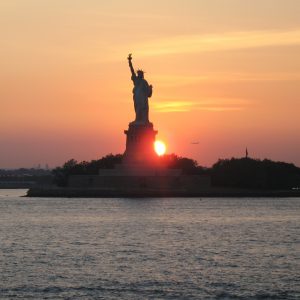 Hey!  I am working for the Greenbelt Native Plant Center, headquartered on Staten Island, New York.  I definitely wasn’t expecting to live in NYC when I applied for this internship, but let’s just say it has been a pleasant surprise.  I get to go out in the field everyday, traveling within a one-hundred mile radius of Staten Island, collecting seeds for the Seeds of Success program.  We mostly go to parts of New Jersey, Upstate New York,  a little in Connecticut, and of course the many green spaces on Staten Island.  Some of the plant communities of this area overlap with those I am familiar with (being from Wisconsin), but I am learning so many new plants!  I am also learning a lot about seed cleaning and propagation, since the Greenbelt Center has a native plant nursery and seed bank as well.

Living on Staten Island has taken some getting used to.  This has been a big change for me, as I grew up in a very rural community.  I am not used to the noise, the crazy drivers, the crowds of people, or the endless buildings.  That being said, it has been great fun getting out and exploring the city.  New York has some amazing opportunities that I won’t find anywhere else, that’s for sure.  I am trying to get everything I can out of this experience, and so far it has been working.